A Surprising Recipe for Success

Our very special and dear friends since childhood, Trish and Vinnie Biondoletti, shared with us what makes their marriage Kickass on the Kickass Couples Podcast. Vinnie is the very best fishing charter captain out of the Florida Keys. He’s affectionately known as “Captain Vinnie”. Trish has the biggest heart of anyone we know, and she works as a vocational teacher  at their local high school.

What makes this couple extra special? They’ve been married for 37 years! AND they’re still madly in love and have a great appreciation for each other.

Trish began our show by explaining she felt from a young age that her relationship with Vinnie was always secure. He always supported everything she needed or wanted. And Vinnie’s response to this was that she’s always had his heart. Together, they find joy in each other and do their best to make things work together.

The two grew up in very different types of households. They feel they’ve brought together the best of those two households. Trish’s upbringing was a little more difficult. She lost her dad at the age of eight, and then moved with her mother to the Florida Keys. It was hard for her to understand why she was being taken so far from her home in Queens, New York. The move was because her mom had met someone and they relocated to be  with him.

Unfortunately, Trish found herself with a stepfather who was not easy to live with. He was very hard on her, and even abusive in many ways. She feels that through what she had to endure it made her the person she is today. One who is very protective of her children. She’s never talked down to her kids because all she ever knew was being battered down herself. Even though she was a good kid, it felt like she was never good enough. Through all of that, Vinnie knew her struggles and never left her side.

Vinnie had awesome parents and a great childhood. His parents were married for 52 years before his dad passed away. He grew up with family dinners and Sundays were family days. He learned a lot from his parent’s love for each other. They were always having a good time, and always making sure that everybody around them was having a good time. He feels they were great role models. When Trish came into the picture, she was included in those Sunday dinners and his family accepted her as their family, which she feels made up for anything  she had to endure in her own family.

In the years we’ve known Trish, we’ve seen her take so much of her challenging history and make good out of it. She created what she wanted to have in a relationship with Vinnie. It’s those things we endure sometimes, that change us and make us grow into being better people. People can either go in a positive direction, or,  in a negative direction when they  live through those types of things. Trish chose to rise up, be seen and live a different life for herself and her children.

We appreciate how open and vulnerable Trish and Vinnie were in sharing their story. It lets people know that it doesn’t matter what your circumstances were growing up, it only matters how you learn and grow from them. Vinnie had a great, loving, supportive and safe environment  growing up. Trish had something completely the opposite, but they still used it for good, and look what they’ve been able to do in 37 years for each other and for their family. Our hats off to both of them! It’s hard to take those two realities, mix them together, and make something great.

“You have to have love,” were the words of wisdom  Vinnie and Trish left us with at the end of our episode when we asked them what advice they’d give to their pre-married selves. If you have love, everything else just kind of falls in place. If you love somebody wholeheartedly, and prove that through your actions, everything else will work itself out. It just makes everything better. Make sure you have love. 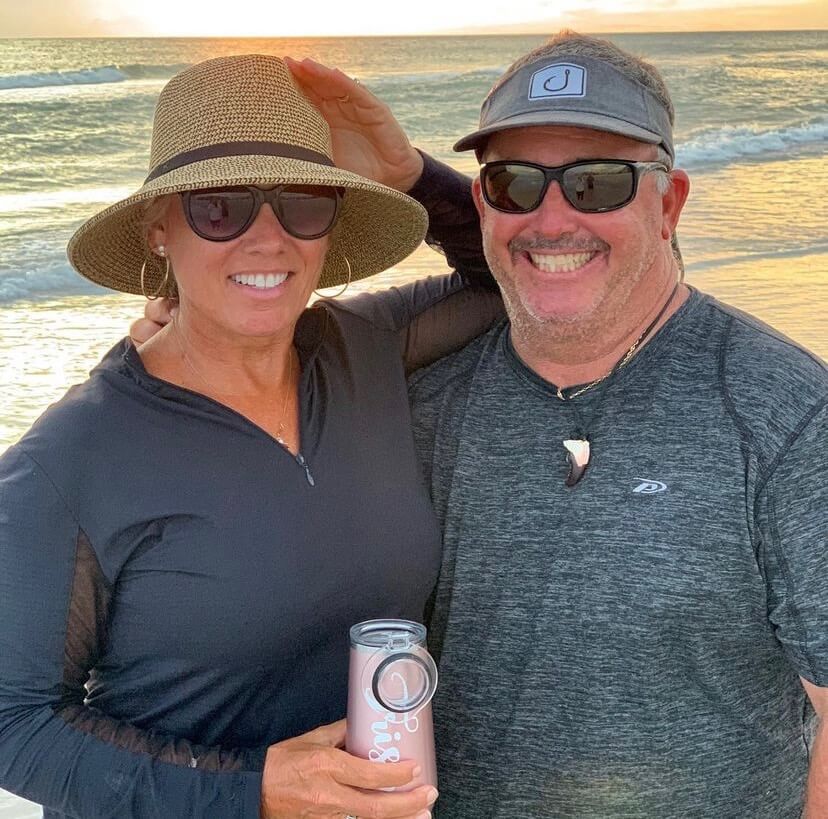