Can You Heal Childhood Trauma with Your Spouse?

“Once you get married things become routine,” Therese Benedict explained to us during our Kickass Couples Podcast interview, “We’ve made sure that the love that we do have, everyday since the time that we’ve met, we are nurturing.”

Therese and Jason Benedict are co-owners and co-founders of their own agency, called The Automation Agency. They both work within the business and on their relationship each and every day. Their focus is on active listening. When situations arise, they know it’s about how they embrace those hardships, rather than push away from them. Theresa and Jason shared that they’ve always embraced each other’s love and embraced their hardships. They do it hand in hand, together. Not just in their business, but they do it in their personal lives too.

Jason had trauma and hardship growing up. Love was a challenging thing in his family. He didn’t tell anybody about what he went through for nearly 22 years of his life. In fact, it almost took his life because he was starting to suppress himself with drugs and alcohol to numb the memories and the challenges he went through. From the ages of six to nine years old, he was beaten, molested, and raped by his mother’s boyfriend. He didn’t tell anybody about the abuse for 22 years. It wasn’t until he met Therese that he felt the confidence and the strength to be able to speak about what happened to him as a child.

There was a long period of time where Jason could never speak about his past and had to suppress those emotions because it was just too deep for him to handle. Therese was the one who told him that it wasn’t his fault, he should have been protected and should have been loved better. Jason says that Therese has a way of connecting with people and reaching inside their souls to help them heal from their past trauma, and this is what she did for him.

One of the things Jason loves about their relationship is that Therese has given him the strength to be able to speak about this so that he can actually go out and help others who have experienced similar traumas. There are a lot of kids out there going through similar situations and aren’t saying anything, and some of them aren’t making it out. Jason wouldn’t change anything that he’s been through. He thinks the challenges and the hardships he went through helped him to become a stronger person today. They helped him to become a better husband and a better lover. It helped him to recognize what a lack of love can do to a person.

The childhood Therese experienced didn’t have a great deal of love being shown either.  Her dad left her mom to have an affair. Her mom decided to give him another chance and they were all waiting for him at the train station, but unfortunately, they had to watch him pick the other woman. Her mom was abused as a child, so she didn’t know how to give love to her children and it was very lacking. When Therese had children, she made sure she gave as much love as she could to them because of how she grew up.

Therese and Jason both came from very difficult childhood upbringings, but it’s something that’s connected them as well. They have a great deal of respect for each other. Together they learned that it’s possible to recover, it’s possible to change, and it’s possible to watch somebody who was cut off at the knees learn how to stand up for themselves and grow.

Weeks before Jason met Therese, he was on his knees praying to God asking for help and to bring him somebody that could help him overcome the challenges he was facing. He knew he couldn’t do it alone. His prayers were answered and he met Therese. There was a large age gap between them as Therese is 17 years older.  However, Jason didn’t let the age difference distract him from the fact that she was the miracle he’d asked for.

“It was worth waiting for the right person,” Jason shared with us when we asked him what advice he’d share with his unmarried self if he could, “When you grow up in a household that you’re not getting a lot of love in, you’ll take it where you can find it. I would tell myself to be a little more cautious of what was real, or what was convenient. I would tell myself to have a little more respect for myself.”

We’re so grateful to Therese and Jason for being vulnerable and sharing their relationship with us. We hope you loved learning about their triumphs as much as we did! 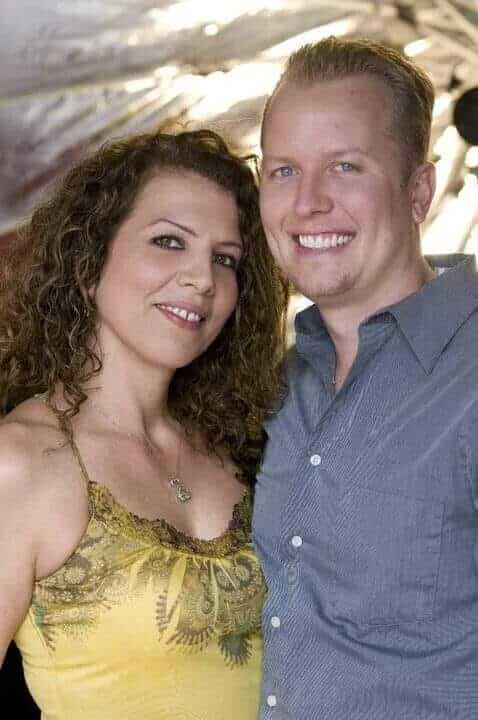