What defines a Kickass Couple? Recently, we interviewed one of the most Kickass couples we know. We’re very excited to share the advice and tips Amber and Denny Locascio gave us on exactly what makes them a strong couple.

We started off by asking Amber and Denny what they thought made them a Kickass Couple. They both gave us powerful answers!

For Denny, being Kickass means continually asking if they’re living up to their potential, doing their best to support each other, and raising their kids the best they can.

Amber believes what makes them strong is that they’re always striving to be better in who they are and always learning, as well as being continuously aware of what they can do to strengthen their relationship and what the other needs in the moment. She feels that always looking for opportunities to improve as a spouse, and making sure that they’re supportive of what they need in that moment of time, allows them to move in the same direction consistently.

We like to say that you have to go back to go forward, so we asked Amber and Denny about how they arrived in this relationship? For example, what did each of them bring to their relationship, what was modeled to them as they were growing up, and what was their image of what a relationship looked like before they got married.

She saw her parents making joint decisions. One side could not be played against the other. If she asked her mom for something and her mom said no, she couldn’t go to her dad hoping for a separate answer. They were always on the same page with how they were going to move forward as a couple, and set that  standard for their kids. The expectation was also set by her parents that there would be a lot of laughter, a lot of love, and a lot of open communication in a marriage.

For Denny, his parent’s model was slightly different. They were very attentive and very nurturing. They   vocalized it by articulating it with phrases like: “I love you so much” and “I think you’re amazing”. They also showed it quite a bit through hugs, and they were always present. This meant if Denny had a gymnastics competition or a big exam, they would step in and be there in whatever way they could.

His parents were really young when they got married. His dad had his way of doing things and his mom had her way. Denny felt his dad never really upped his game at being a husband, and that he kind of checked the box of being married which affected Denny’s view on how he wanted to be as a husband and father. When Denny was in his senior year of high school, his parents got divorced. Seeing that, he decided he didn’t ever want that to happen in his own life.

Amber added that Denny’s mother made sure he was exposed to other strong men in his life. This included his grandfathers and men in the church she knew would be really good role models for that pivotal period in his life.

Next, we asked Amber and Denny about what commitment looks like in their relationship. Our belief is that there are 13 pillars necessary for a successful marriage. We really focus on three of those pillars: commitment, communication and conflict resolution.

Amber and Denny shared with us that commitment within their relationship looks like showing up and being there for your spouse day in, day out. For example, going through pregnancy, having a newborn baby, and having a spouse there that will show up and be in that moment with you to give you everything that you need, is commitment. Amber was hospitalized right after they were married in Napa, and Denny was there by her side the entire time. They are there for one another, not just through the exciting things and the successes, but through the really hard times where you don’t know if you’re going to make it. They don’t waiver in their commitment. It is non-negotiable, it’s written in rock and as solid as rock. There’s not even an option for divorce, that’s been completely taken off the table.

We love that Amber and Denny are growing together, learning together, and engaged. They make each other a priority in their marriage. We’re so grateful for them opening up, being vulnerable with us and spending time with us. We only wish that we could have been where they are now when we were their  age. We see the love and commitment they have for each other. Amber and Denny are modeling what it means to be Kickass. We thank them for sharing with us, and peeling back the curtain a little bit to show us what happens in the Locascio household. 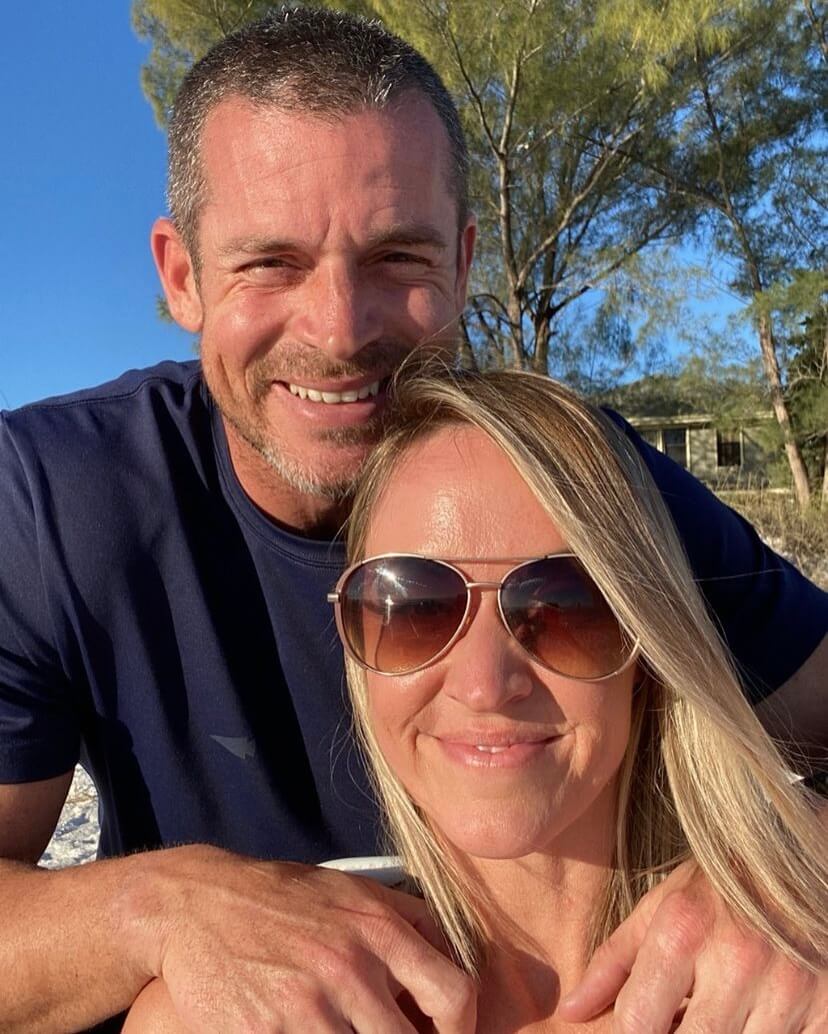