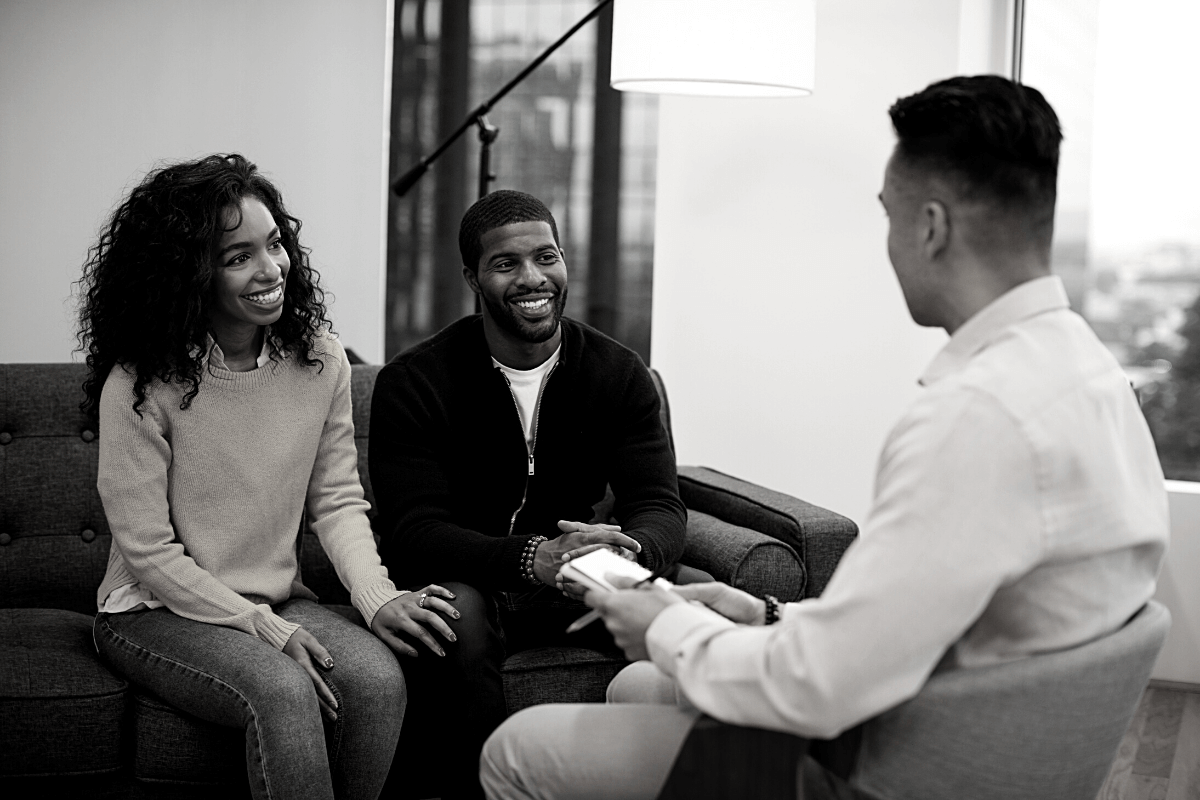 Today we’re talking about commitment. It is the number one pillar and the cornerstone of all of our pillars. Without commitment, there is no good communication or conflict resolution.

When you say “I do”, it’s not just the words, but the actions behind them. Kim started researching and looking to see what she could find out there on commitment. In the Webster’s dictionary it says: “It’s an agreement or a pledge to do something in the future. It is the state or an instance of either being obligated or emotionally impelled”. When she looked at the synonyms for commitment, she saw things like adhesion, allegiance, attachment, constancy, dedication, and devoted. A lot of those synonyms actually show up in our 13 pillars.

We like to use quotes to illustrate our conclusions when we can. One of Kimberly’s favorite authors, Nicholas Sparks, wrote a book that she had Matthew read early on in the marriage. The book was the Notebook. Matthew read it (a little kicking and screaming initially at some of those romantic things in it) but he did enjoy it. He found this quote in the book on commitment: “It’s not going to be easy. It’s going to be really hard. We’re going to have to work at this every day, but I want to do that because I want you, I want all of you forever every day, you and me every day”. That quote outlines how it’s not easy. It’s hard. It’s messy. It’s frustrating. We do it anyway, because we want all it has to offer.

Kimberly found a quote in the Urban Dictionary that resonated with her: “Commitment is what transforms the promise into reality. It’s the words that speak boldly of your intentions and the actions which speak louder than the words it’s making the time when there is none. And it’s coming through time after time, year after year. Commitment is the stuff character is made of.  The power to change the face of things. It’s the daily triumph of integrity over skepticism. When I say, “I love you”, I mean that I’m committed to working to love you, even when it’s hard.”

We also feel that fidelity is another important concept. Specifically, the demonstration of fidelity. Words are nice, but if they’re not demonstrated they’re just kind of a hollow gong.

A good example of commitment in our own lives is when Kimberly had a couple of years of having some health challenges. She had two solid years of not feeling well. And during that time, she was frustrated at not being able to pull her own weight in our family at times. Matthew would come through and say: “if you need to rest, go take the time to do it”  or “if you’re not feeling well right now, just take a break”. There were times when she was frustrated with physicians and really struggling to find out what was going on. Matthew would go to doctor’s appointments with her, continue to reassure her that they were going to figure out what was going on, and that it all was going to be well.

There were days that she would wake up and not know how she was going to make it through the day. It didn’t matter what she needed, Matthew stepped up and did it. That was a showing of his commitment to Kimberly, their family, and their relationship.

Another example of commitment was when Matthew had a former business partner who was pretty dishonest and embezzled from his company. It ended up in an over 11 year lawsuit and ground him down emotionally, financially, spiritually and physically. There were times he couldn’t sleep, because he couldn’t turn his brain off. Kimberly was right by his side. She went to every hearing and the two week trial.

Matthew couldn’t imagine having gone through that without Kimberly’s support and unequivocal constancy. That was an example of serious commitment because it was not fun. It was expensive. It cost us a lot of money. It was a wonderful example of Kimberly’s commitment to the relationship.

Those are just a few stories of how we experienced commitment with each other. Commitment is having the desire to invest in the relationship. Sacrifice is also important. There may be times when the other person might need your attention or they may feel they need to just have some alone time with you. Kimberly knows this is important, but sometimes it’s hard to pull herself away from things she’s working on. It could be a household chore or something she’s doing with or for the children. She gets really focused on those things, but she reminds herself to pull herself away and give Matthew the time that he needs. She commits the time. It’s important to be cognizant that you need to do those things for each other and then follow through.

Reciprocity starts when you sacrifice for each other. It feels good. It’s not quid pro quo. It’s not about keeping score. It’s about just saying, I’m going to meet the other person in the same way. I’m willing to do that. You pour yourself into your partner and they pour themselves into you. Even when you have  muster up the energy to do it, because that person in turn is going to do the same for you.

George Elliot says, “What greater thing is there for two human souls- and to feel that they are joined for life to strengthen each other in all labor, to rest on each other in all sorrow, to minister to each other in silent unspeakable memories at the moment of the last parting”. We want to leave that thought with you today and ask you, what are you doing in your relationship to increase your commitment to how you’re demonstrating it for each other?

Until next time. Remember happily ever after doesn’t just happen, it’s on purpose.

HELPING HUSBANDS AND WIVES WIN AT LIFE, MARRIAGE, AND SEX