How to Create a Lasting Love

This is a place where we help countless couples who want to level up their marriage, experience newfound clarity, hope, and confidence. We recently had the pleasure of speaking with Rory and AJ Vaden. This power couple defines what it means to mix business with pleasure and make it all work!

Rory and AJ are co-founders of Brand Builders Group, one of the world’s leading authorities in personal brand strategy. They also co-host the Influential Personal Brand podcast, which was named Forbes top 10 podcasts to listen to in 2021. Rory is also known for his New York Times best-selling books: “Take the Stairs” and “Procrastinate on Purpose”. He is a leading expert in the psychology of beating procrastination, building a reputation, and creating a successful personal brand. He’s also been featured around the globe as a leadership speaker by companies such as Forbes, Fortune, CNN, and the New York Times.

Rory and AJ have two young children together, multiple successful business ventures, and truly define what it means to be a Kickass couple. You’ve heard the old adage never mix family and business. These two prove that wrong. Let’s talk about how these life and business partners have created a lasting love that can withstand anything.

First off, they don’t really have anything to argue about. One of the things they did before they got married was they commit to entering their marriage debt-free. Therefore, they didn’t bring any financial baggage into their marriage. They’ve never had one argument about money in their entire 14-year relationship.

They also like all the same stuff. They’re genuinely friends. AJ says it’s kind of like having a built-in best girlfriend because Rory likes to do all the girly things she likes to do. He likes going to the spa, getting his nails done, and just laying around at the beach or the pool. He likes to be pampered. And equally, AJ likes sports, maybe even more than Rory does. But they really do things together on both sides, sports or manicures. Having the financial freedom to do the things they enjoy together, also eliminates any reason to argue.

Shared values, like coming from the same place spiritually, also make this couple kickass. They each hold values like integrity that are uncompromising for both of them and they also have complementary skill sets.

AJ believes that Rory has a superpowered ability to envision wild dreams and then organize them, assimilate them, build the team, manage them, and create the systems, structure and processes to make it a reality. But that’s not to say she’s not a visionary. Rory says that AJ is also very much a visionary. She’s the CEO of Brand Builders Group and he says that she has the rare ability to operate in both the distant future, which you can’t see, and the fires of the immediate present that are right in front of your face and have to be dealt with in bridging those gaps.

These two visionaries provided us with some excellent marriage advice during their guest appearance on the Kickass Couples podcast.

AJ shared that the marriage that you will have in 10 years won’t look like the one you’ll have in year one, and that doesn’t mean anything’s wrong. You grow and evolve. Life gets fuller and busier, you add people to it, or people leave. She believes that many people have struggles in their marriage because they’re comparing it to a marriage of the past. Her advice is to focus on the marriage of today. Marriage changes, because people change.

One piece of advice that Rory shared with us about having a successful relationship, is the idea of chasing God first. It’s the concept of a triangle. If you’re both moving towards God, and both chasing God, then you’re coming closer together as you each pursue the divine.

“The older I get, the more my eyes are open to life being so freakin difficult. It’s so hard. People die. You’ve got all of these different challenges and things that you have to be and have to take care of,” explained Rory, “You then have kids come into the equation and you have to manage them. Other people’s marriages fall apart all around you. Your kids change, and they’re going through stuff. It’s so hard. I just don’t know what else you could put your trust in, in this world that can pull you through all that, if there’s something else I haven’t found it. God’s the only steady thing that works and pulls you through everything. I would just anchor down and double down on the advice that somebody gave us, which is just chase God first.”

We loved getting to know both AJ and Rory a little bit more and hearing their back story. It was great to hear the foundation that brought them to where they are today and no doubt they’re going to continue to be Kickass into the future!

You can find out more about AJ and Rory Vaden at www.BrandBuildersGroup.com. They help mission-driven messengers, build and monetize their personal brand, reach more people make a bigger impact, and make more money. And you can check that out. They have a national research study about the future and trends of personal branding that AJ has basically spent the better part of the year of her life dedicated to professionally that is just coming out. So I think you may want to go grab that and see it’s got far-reaching impact. 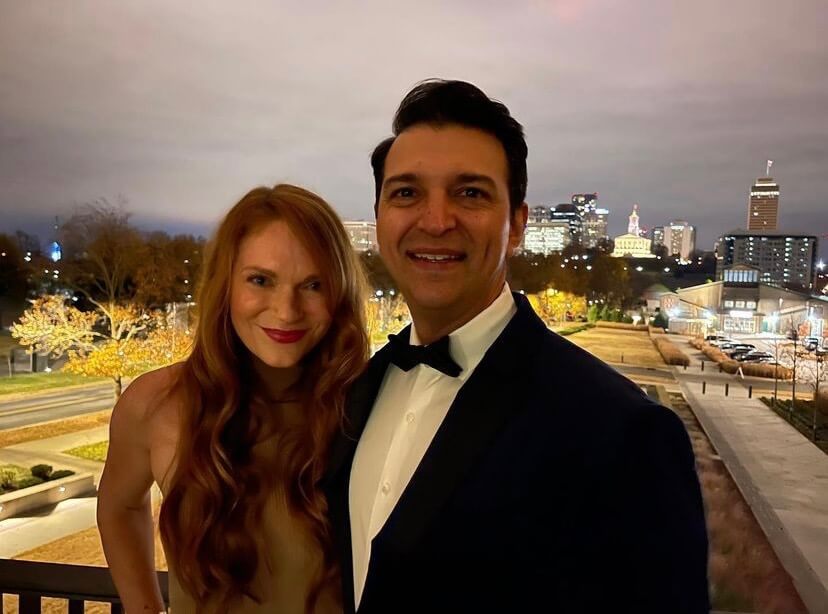