HOW TO WALK IN LOVE

We had a lot of fun interviewing Stephanie and Brad White on the Kickass Couples Podcast. They are pastors of a church in Tampa, Florida, and are both dynamic people. They’re definitely

at the top of some of our most favorite interviews.

Right out of the gate, Stephanie shared with us that it’s commitment to the hard stuff we do day in and day out that makes their marriage successful. She also mentioned forgetting and forgiving is key, even when you don’t want to.

We understand what Stephanie means by this. We all get in those places where we don’t like our spouse. Where we’re not happy with them. We’re angry. They didn’t do something, or say something right. Whatever it was, sometimes we don’t feel like loving them. She advised “you have to learn to see the good, even when you don’t want to”, and to “remember how and why you fell in love”.

Stephanie talked about her family of origin. She came from a place of always being told what to do. She had a father who was a pastor. He was also a Marine, so their household was very structured. There were lots of demands made on the children. It seemed like she came to marriage with always having been told no.. Her father was a drill Sergeant, but also a good influence. She received some great things from him, but she was always being told what to do, how to do it, and why she should be doing it.

Brad’s dad was a pastor. He said his dad was really submissive and took second fiddle to his mom. His mom was very strong, but Brad saw his mom kind of steam-roll his dad in most situations. Therefore, Brad came into their relationship with the attitude of having a say and directing what’s going on, because he wasn’t going to be steamrolled in his relationship.

This relationship started out with two strong personalities saying they’re both gonna have a say in the relationship, and each one had a reason for doing so. Brad told us that he wanted to do the leading, but Stephanie didn’t wanna be led. That was really combustible for them.

How did they get through that? Stephanie explained, “you have to ask yourself if your opinion is more important than the other person is to you? What are you holding more dear, your opinion on that specific issue, or your love of the other person?” This was a lesson they both had to learn.

These two really believe in counseling. They’re committed to getting better and to doing better. They really want to rise up as a couple. When Brad talked about counseling, he compared it to car maintenance. You get an oil change on your car. You get the alignment adjusted. You’re investing in keeping that thing running smoothly. He feels you’ve got to see counseling in the same way. It’s a continued investment.

Stephanie also mentioned something really important. Her advice is, “we can’t change each other, we can only change ourselves.” That is a huge key in any relationship. It’s not up to you to change your spouse’s mind, but rather to say, “What’s my role in this and what can I change about myself in this situation to keep the harmony going?”

There are perpetual problems. Those are problems that are never gonna go away. We don’t have all the answers. We can’t always do this on our own. Sometimes we need help. Brad feels  that a good counselor doesn’t solve or eliminate your problems. A good counselor helps you with a plan and a strategy to face those problems, because problems happen when we don’t address them. We shove them down. We tuck them away. We ignore them. We don’t go into them. A good counselor should help you find the tools to handle tough issues.

Another thing that stood out to us about Stephanie and Brad, is they both intentionally create space to be by themselves as a couple. They created that space, even when their kids were younger.  Their children are grown now and out of the home, but they still create that space. Usually, it’s over a meal or at a place that’s bright, light and cheery. This allows them to review their day or to talk about some things that are challenging them. Brad says they intentionally go to a public place, because you’re not going to get nasty, do anything inappropriate, or go outside the bounds if you’re in public. If they have stuff to work out, they set a dinner date and go out somewhere nice.

You can disagree, but still have a really good relationship according to Stephanie. We can have those conversations. We can definitely disagree on things, but how we approach the other with that conflict says it all. It really makes a huge difference on how you communicate in the relationship

Stephanie and Brad have learned how to work through conflict. They know it’s really important to be heard. When you’re heard and feel understood, the conflict dissolves.

We all have a choice of where we want to end up. Brad summed it up nicely when he said, “Marriage is learning how to be happy with what you don’t want to do.” 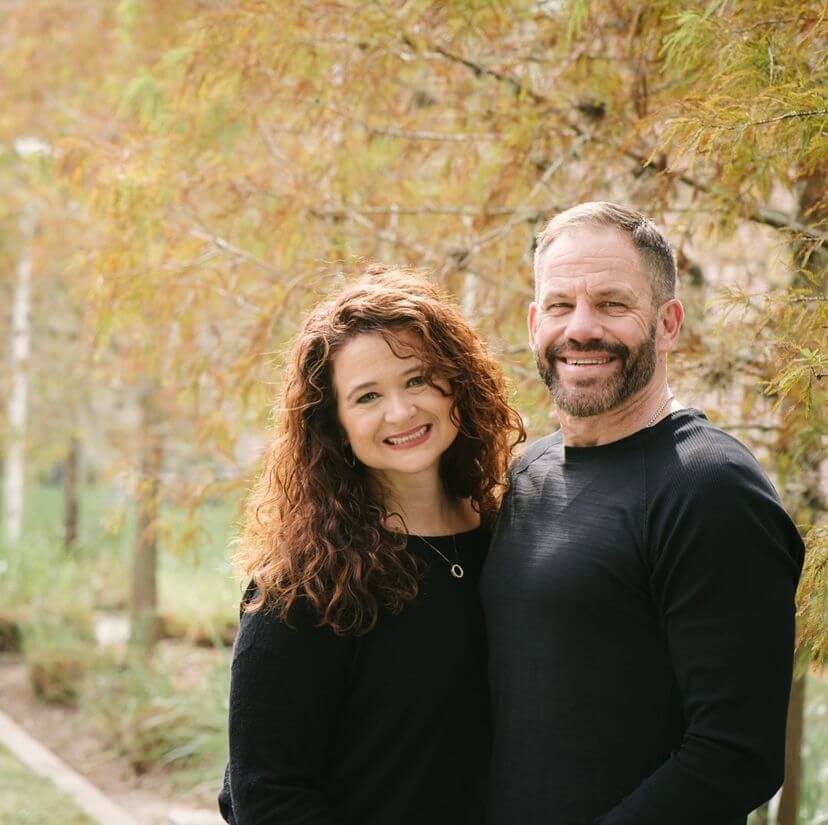