Nearly 80 percent of divorced people get remarried. Six percent of people even remarry the same spouse! In Kickass Couples Podcast episode 31, we introduced a remarkable couple that falls into that six percent, Tracy and Mark Russell.

These two Florida natives met in high school through a youth group and got married shortly after college. On their honeymoon, they were faced with the harsh realization that they might be lacking the commitment and selflessness to go the distance in their marriage. Soon after the wedding, Tracey found out she was pregnant. The strain of a baby and a dysfunctional marriage was overwhelming. They divorced two years later.

The breakup allowed them to realize that they both needed to take time to each work on themselves and their relationship with God. Remarkably, they came back together stronger than ever! Through counseling and personal growth, this couple was able to rebuild the foundation of their relationship and remarry with a new understanding of commitment, communication, and a true selfless partnership.

A lot of people come to marriage with unrealistic expectations. They don’t realize how much work, effort, and commitment it takes to really have a great marriage day-in and day-out.

Marriage is a two-way street. When you hear a story about a relationship that is struggling, you only hear one partner’s side of it, but there are always two realities at play. There are also two people in that relationship giving, taking, learning, and growing.

There’s ‘I’, there’s ‘You’, and then there’s ‘Us’. When that marriage vow happens, the commitment changes Us. Mark shared that he really had to work on how to make decisions that are best for the relationship, rather than just best for himself.

We work on that in our relationship every day. We know that everybody out there is doing the same. You have to filter your decisions and think about where the win is for the relationship. If it wins for the relationship, it’s a good decision and both vested partners get the win. Can you learn how to communicate so that you can express your needs and your emotions to your spouse? Can you learn what they need and give it to them?

Tracy shared that she had to learn greater empathy in her communication, so that she could  understand how Mark was feeling, instead of only communicating questions about getting her own thoughts expressed. If you have empathy, you feel how the other person feels, you value their opinions, and you gain a true understanding of them. It makes working through issues together easier. For Tracy, that was a big change in communication for their relationship.

It’s now over 25 years later, and these six percenters are STILL going strong!

You’ve got a rearview mirror and you have a windshield. Do you know why the rearview mirror is so small? Because it’s mirroring your past. Make sure you’re aware of what’s there so you can see and put it in perspective. Your past does not define you. You don’t have to take it forward with you and bring it out to cherish and polish it every day. Tracy and Mark admitted their problems and learned how to put them in the right perspective and then moved forward in faith and truth.

We invite you all to do the same and live in the now since that’s all we really have.

Until next time. Remember, happily ever after does not just happen. It’s on purpose. 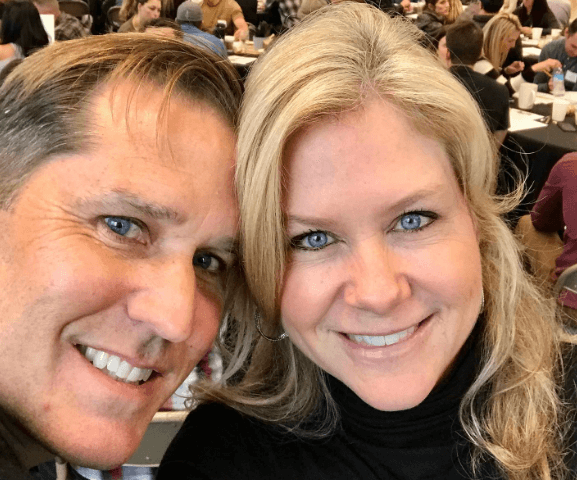