The Secret to a Lasting Marriage: Be Intentional

Today’s focus is on Kickass couple Kristen Grainger and Dan Wetzel. This couple took their passion for music and their love for each other to form their Bluegrass leaning band, True North.

Kristen is lead singer, chief songwriter and co-founder. She is a nationally recognized songwriter. She wrote the number one single “Ghost Tattoo” in 2020. She’s won and been a finalist in several of the nation’s most prestigious songwriting contests, including Telluride Bluegrass Festival, Wildflower and Merle Fest, alongside Dolly Parton and Brandy Carlisle.

Dan provides direction and leadership for True North and produces the band’s recordings. Three of their albums have hit number one on folk radio charts. He’s earned considerable recognition as a singer songwriter and toured nationally as a solo artist after winning a national songwriting contest. An accomplished multi instrumentalist, Dan has superb skills with guitar, both flat pick and fingerstyle, mandolin, and octave mandolin. His multifaceted musical skills and techniques help give True North songs their driving groove. When not onstage, Dan designs and builds beautiful instruments that they and other musicians use in performance.

Now, let’s break down the concepts, relationship qualities, and key pillar points that they’ve used to build their rock solid relationship that will stand the test of time!

It’s important to note that this is a second relationship for both of them. Coming into this relationship they were both very guarded but ready, because they both had some time prior to meeting each other to identify and set markers for what they truly wanted and needed in their next relationship.

They’ve both been super intentional about wanting to create what they desired in all areas of their lives, not just in their relationship. They’ve built a beautiful family and they literally make some beautiful music together.

We’ve interviewed several couples lately who have a business together. One of the things in this relationship that really stood out to us is their ability to manage their partnership. They also are interested in meeting in the middle with regard to activities and interests that they both have. An example that they used was golf. Kristen hadn’t played golf and she didn’t know the first thing about golf, but because it was so important to Dan and something that he absolutely  loved she learned how to play so they could do it together. The fact that she was willing to be open to that is what makes couples kickass in many cases – their willingness to meet in the middle and give up a little self to invest in their partnership.

You can meet in the middle and learn to love and appreciate what your partner loves or you can make a decision that you don’t want to do it. If there’s a passion and a love, then don’t you want to learn a little bit about what your spouse is so passionate about and what they love so you can experience it with them?

The overriding principle in Kristen and Dan’s relationship is they love to be together. They’re a couple who are jealous for each other’s time. The fact that they’re together, outweighs what the activity is or what it is that brings them together. We think that’s super important.

They didn’t really see a lot of love demonstrated in their families when they were growing up, and that  helped them to be able to acknowledge and realize that’s something they didn’t want to bring forth into their next relationship. They took the time to lay out and consider what some of the good things were that they took from their relationships with their family, and then some of the negative things.

One of the things that Kristen talked about was that in her family her parents took on very traditional roles. Her father was out working and had a busy medical practice. Her mom took primary responsibility for the home. Neither of them crossed into the other’s domain and they really kept those things separate. Kristen said, “You know, when I get married and I begin to raise a family I want to be able to share parental responsibilities and do some of those things together.”

It’s kind of a generational shift and doesn’t always happen that way, but they both had those typical nuclear families. The male in both their families was the primary breadwinner and the mother was working full time in the home. That structure can breed a lot of things. They wanted to do things differently. One thing they said they both want to do is be better expressers to their children and each other of demonstrable love. They both didn’t get a lot of that growing up. They decided that they wanted to be able to have that with their own family. They wanted to be able to say I love you and be comfortable with it. Being able to give hugs and kisses and show affection for one another they agreed is important to them both.

Relationships are negotiated. They’re an agreement. You both come from backgrounds and experiences. You get to decide together – not unilaterally or independently – but together, how you’re going to bring the good and bad forward to create the best thing for the two of you. Usually the issues, problems or challenges arise when we each experience something that is a trigger which reminds us of something we didn’t really like from our childhood experience. Kristen and Dan made it clear that they’ve done a fantastic job of this by having those conversations and being intentional about it, and it’s given them the life they want.

Dan said the commitment they have for each other manifests or represents itself in 1000 different ways. It’s not just two things or three things they do for each other, but commitment is all over their relationship. There’s 1000 ways he and Kristen express and demonstrate their commitment in their work, their music, and how they act with each other.

Our time with this couple was inspiring and encouraging! What have you been inspired and encouraged to do by this Kickass couple? We hope it’s given you some new ideas about how you can be more intentional in your relationship. 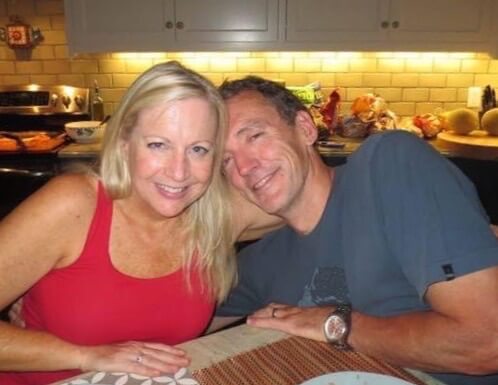