There’s No “Plan B” in Commitment

The co-author of Kickass Husband, Chris Cambas, and his wife, Lori Cambas, joined us on the podcast recently to share with us the secret to what makes them a Kickass Couple.

Chris said about a year ago, he and Lori were sitting out on their back porch having a glass of wine. They looked back, and thought about when they first met. How did they make it to 25 years? The answer for them was simple. They wanted to. They wanted to make it happen.

There are no open doors for anything else. Since the day they met, they’ve been completely, emotionally invested. A long time ago, they settled the question of whether or not this was their journey for life. Like any other couple, they have good times and bad times, and of course perpetual problems.

“No therapy in the world is going to help you, if there’s not a commitment into the relationship,” Chris said, “don’t even go see a therapist. You’re wasting your time, and you’re wasting the therapist’s time as well.”

There should be no open doors is his advice. One form of betrayal that Chris speaks about in his marriage counselling practice, is a “conditional commitment” to a relationship. In other words, this means things could feel good right now, but there’s potentially a plan B. You shouldn’t be thinking, if it’s not feeling too good, or if it gets a little bit bumpy, that you can keep a door open. If you continue to look at other women, or continue to have flirtations, that’s actually a form of betrayal and you’re not completely emotionally invested into the relationship. Without that complete emotional investment inside that relationship, those doors and windows will be open.

“Here’s a great way to know,” Chris said, “because fundamentally we’re talking about the potential for affairs. The easiest way to know when you’ve crossed that boundary, is when the person that you’re speaking to knows more about your spouse and your family, than your spouse knows about this person. It’s at that point, you are in an affair. That’s the open door. It’s at that moment you have crossed into an affair.”

Lori agrees that in their relationship there is no plan B. Divorce is not an option. It’s something they don’t ever want. They strive to work through things, to be honest and open, and to trust. She feels trust is huge. Because of their trust level, when Chris leaves for work, Lori doesn’t have to constantly worry about where Chris is, or what he’s doing. She knows he’s her guy, and that he’s going to be there forever because of that trust.

According to Lori, they’ve talked about their journey together a lot. They’ve had many different conversations throughout their marriage about it. There are no open doors and they’re mindful of that, because in this day and age they feel you have to go out of your way to make sure those things don’t happen. There are other people always wanting to get in, or you’re put in situations that could allow for that. Being mindful and making sure that the door is closed even to the littlest things is important. For example, their mother-in-law lives next door, anytime a worker comes in the house Lori has her come over. She never wants a neighbor or to assume anything is going on and so she doesn’t allow the opportunity to even exist.

Chris and Lori are such amazing role models and have really come a long way. They’ve learned and discovered. Trust in their marriage is of huge importance. They make each other their priority. One piece of advice they’d have given themselves prior to marriage, is to not expect that you’re going to have a perfect marriage. Don’t live in a dream world. You’re going to have to work hard. It just doesn’t happen. 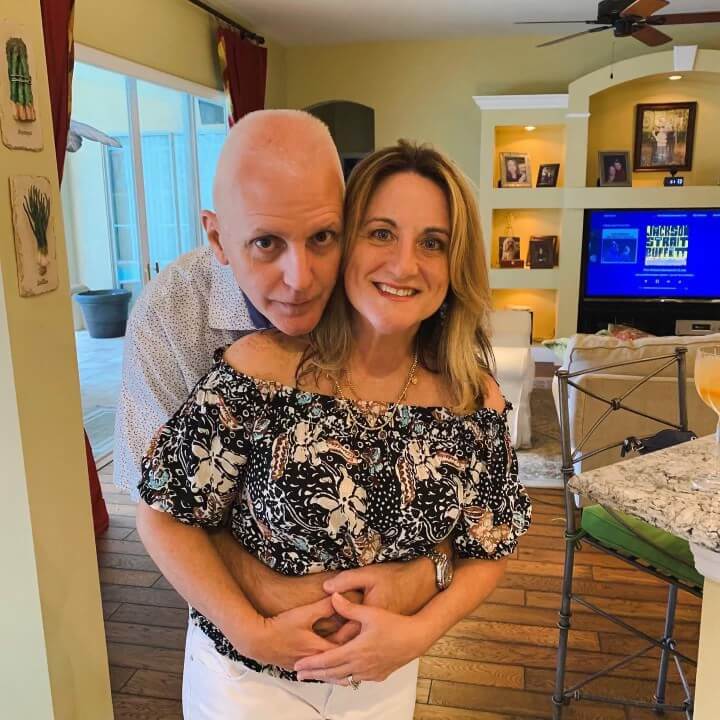