YOUR THOUGHTS CREATE YOUR DESTINY

Happily married for 44 years?! Yes, it can be done!

We love sharing successful marriage stories with you and 44 years of marriage success is especially exciting for us to share with you! Let’s find out how they did it!

This couple not only shares their personal lives with one another, but they also share their careers as well. Beverly and Tom Rodgers are Christian counselors and run the Rodgers Christian Counseling Centre in Charlotte, North Carolina. They both have master’s degrees,  PhDs and have authored  four books together. (After reading their bios, we feel like we need to get a little more done!!)

For the last 42 years, Beverly and Tom have helped other couples work through what they’ve had to work through themselves. And they admit it’s very hard work! They entered their marriage, like most couples,  bringing psychological and emotional baggage with them. They thought that because they’d studied psychology and biblical literature, they’d be immune to issues in their marriage, but they grew to understand that what really helps them succeed as a couple is to each continue doing their own personal work and healing the wounds of their past.

Together, these two developed the “Soul Healing Love Model”. Ironically it was initially developed to heal themselves, because they were  fractured when they came into their marriage. The model was created to heal the deep wounds, they call soul wounds, from the past. It uses neurobiological, psychological, and biblical techniques and exercises to change thoughts, patterns, and behaviors.

They recognized their bad patterns early on. It became too easy to say “it’s not gonna work, let’s get a divorce”. One day, Beverly decided that they can’t say that anymore. She believes that what you speak becomes your destiny. Thoughts have electromagnetic and electrochemical energy, and they were creating a negative destiny with those thoughts. She told Tom, if we say it again, they’d better be willing to walk through it. And so they both then started saying something different, “we’ve got to start healing”.

In their practice, Beverly and Tom see couples that want to communicate and resolve conflict, but their baggage inhibits them. They just fall right into the ditch right out of the gate. They don’t manage anger. They’re blamers. They’re full of shame. Beverly and Tom help couples heal a lot of their baggage brought into their relationship from childhood and previous marriages, just to get to them to the baseline of being a couple that can communicate.

“Our first date or two we stayed up until five o’clock in the morning-just talking and getting to know each other. Telling our stories. Our relationship began by communicating that way,” Tom shared, “It was different from any other relationship I’ve ever had. Because we could communicate really well and very deeply together.”

They communicated well, initially, because it was a priority to them. However, it did become a struggle later in the marriage. “There’s this idea of “if you know me, then you ought to know what I need” that people bring into a relationship,” noted Beverly.

She recalls one of their first therapy sessions with Tom. She said to the therapist, “Why should I ask for my needs to be met, if he’s my soul mate, he should just know.”

The therapist explained that when you fall in love, there’s a chemical cocktail that’s released in the brain. It allows you to read each other. You get each other’s signals. But that chemical cocktail wanes, and then you’re just a mere mortal. You begin to feel like they aren’t getting you anymore. You feel like they got you once, and now they don’t. You’ll have a much better chance of your needs being met if you talk about what you need. Don’t try to do mind-reading, or expect it from another, when it comes to your basic needs.

“You don’t have to have it your way all the time,” was Tom’s advice to his younger self on marriage, “You can get a lot farther by learning to compromise and having consensus, rather than by just determining what you want and being adamant about it. Relax, and don’t be so reactive. Be a little calmer in life. Understand that all things really do work together for good. And be in it for the long haul.”

Beverly’s advice on marriage is not to come into it thinking that the courtship and all the love cocktail and chemicals that are released will be what your marriage is like, because it’s not really love. That’s really more of an idealized image. Be realistic. Do some research on marriage, read some books, and learn about it. Taking two people, putting them in a confined space with two careers, raising small humans, paying mortgages and bills, and being from different backgrounds is going to be hard work. That’s not going to be easy. Know that going in – so you’re not so disappointed.

We truly appreciate the life-experience and perspective the Rodgers brought to us. Their openness and willingness to share gave us lots of wisdom for us to be grateful for. 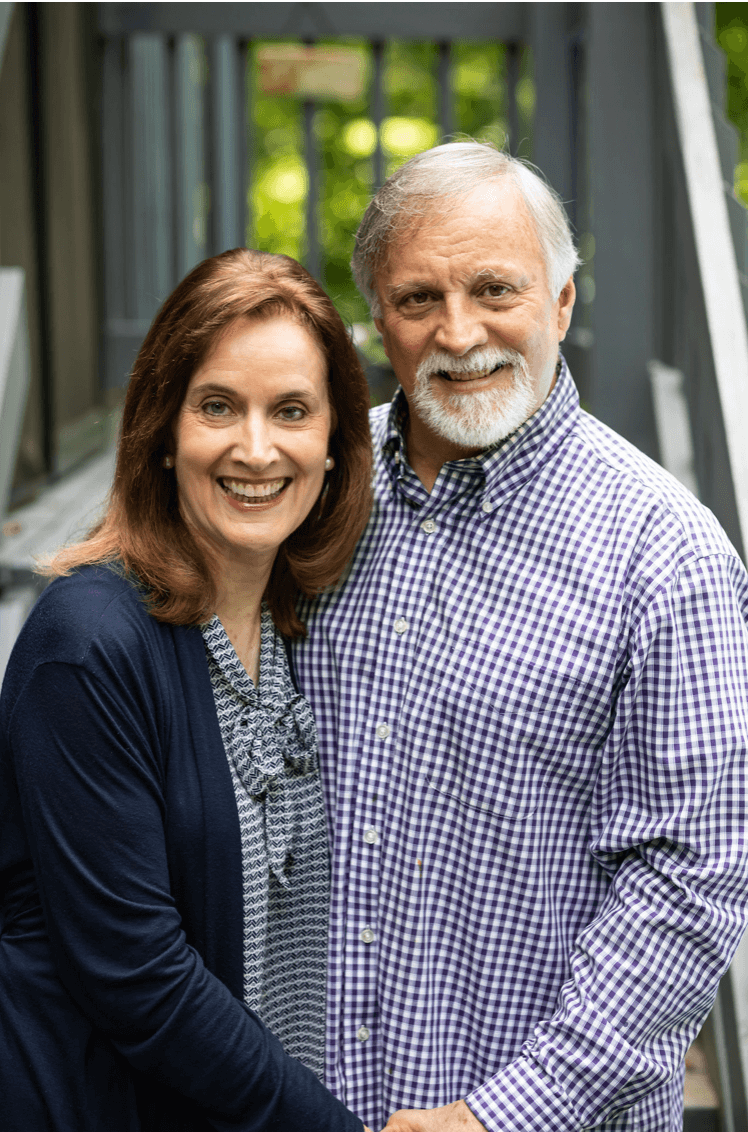