How to Protect Your Communication Bubble for a Healthy Relationship

Are you looking for a recipe to Kickass success in your relationship? The recipe that the dynamic musical powerhouse couple, Kristen Grainger and Dan Wetzel, have created their success with may be just what you’re looking for!

Kristen and Dan met a little bit later in life and have both been in other marriages and relationships. This made them really picky about what they wanted in a relationship. When they met it was easy to see how that fit together. They each had a long list of things that were important to find in a partner and they each found that with one another .

They love being together and they have lots of common interests. There are lots of couples who like to go off and do their own things and then come back as a couple, but Kristen and Dan like  to be together all the time. They’ve structured their lives so they can do that. They make music together, work in the garden together, walk, hike, and enjoy the outdoors together. It’s great compatibility that is both exciting and peaceful. They love their relationship.

In their relationship, they check in with each other a lot throughout the day. When they’re not together, for even a few hours, they check in. They communicate through the ordinary things that couples do in terms of parenting, running a household, and managing a budget, but they also use that communication to stay close. When they don’t feel that closeness, they don’t feel like they’re in the “bubble”. When they feel like they’re out of the “bubble” they stop, figure out why and get back in it. That can be done by talking or sometimes they do it with physical touch. Other times they do it with music. Most importantly, keeping their connection and staying in that bubble is what matters most.

In addition to their “bubble”, Kristen and Dan have some things that are built into their relationship that fosters a lot of communication. They have two chairs that they’ve had since they first got together, called the “Archie and Edith” chairs. They sit close to each other with a little table inbetween. Every morning Kristen and Dan start their day there with their coffee. They also eat all their dinners together at the kitchen table. Those two times of the day are built into their relationship. It’s a time when they check in on what’s in store for the day, what’s unresolved from yesterday, and discuss any issues they may have. It can be a quick check-in or sometimes it can be a two hour conversation. If there’s something pressing, then they do a lot of long walks together to figure it out.

Getting out in the world and doing physical activities together is important to both of them and in addition it gives them the opportunity to have long talks. At times it’s obvious what they need to discuss, and other times there’s nothing pressing and they discuss whatever is on their minds. Having those systems in place is something they can really count on. They know they’re not going to go days without a chance to sit down and see what’s going on. If there is some issue that one of them feels unresolved about an issue or like needs to talk about something, they don’t necessarily wait for one of those built in moments. They’ll immediately say, “Hey, can we talk a minute, are you busy? Let’s go to the Archie and Edith chairs, sit down and talk.”

This couple creates a lot of opportunities to connect with each other. That’s really important in a relationship. Regular communication builds and maintains a successful relationship.

Conflicts and how couples handle them is always something we like to dive into on the Kickass Couples podcast. After seeing the amount of communication these two have built into their relationship, we were very curious about how they handled conflict with their marriage.

Not surprisingly, Kristne and Dan shared that most of their conflicts aren’t necessarily with each other. The type of conflicts they usually need to address could be in regards to one of their kids, family members, or a big decision they need to make about a job or their band. They admitted that those things can be hard to talk about, but their first move is always to say “let’s sit down and talk”. They know there are always going to be disagreements and they always make time to deal with them immediately. Their approach in dealing with conflict is to deal with it together and as soon as they possibly can.

Kristen grew up in a family of competitors and arguers. She admitted that it took her a long time to learn how to resolve conflict without having to be the victor in the situation. She’s come to understand that there is death caused to your intimacy when there has to be someone who wins and someone who loses. You don’t have to keep score or blame. What’s more important is getting to the root of what you’re really arguing about, determining what you’re really afraid of and sometimes it just all boils down to someone needing reassurance.

Until next time. Remember, happily ever after doesn’t just happen. It’s on purpose! 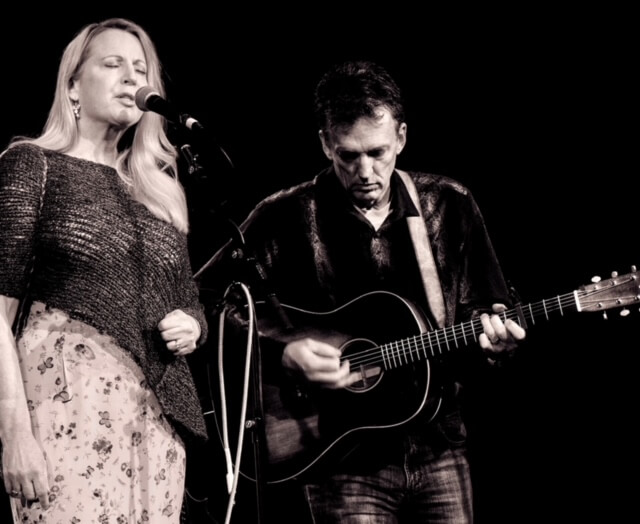